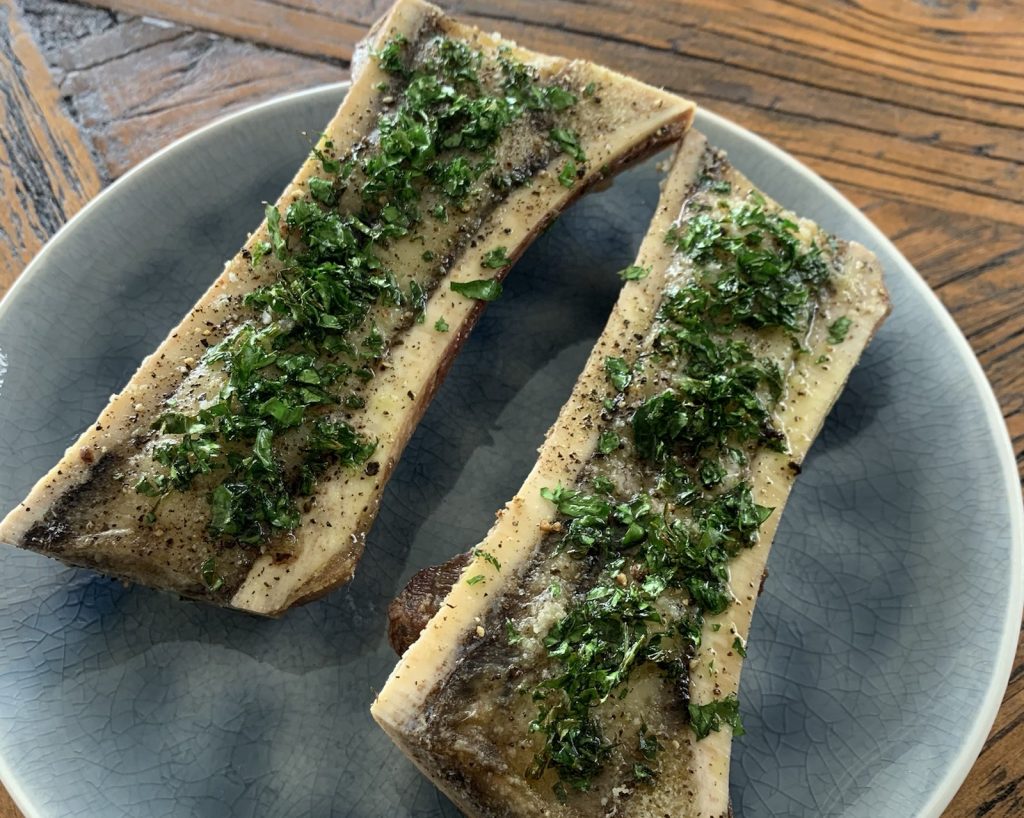 What do we know about bone marrow nutrition?

For all the history of bone marrow in human’s diets for millennia, we have limited data on its nutritional benefits. What we do know is a from a combination of traditional wisdom and modern science.

Dr Weston A Price was a dentist who travelled the world studying the effects of diet on dentition. He noted that bone marrow and other organ meats were the most prized portions of animal foods in Traditional Diets.

Here’s an example he wrote about in his book Nutrition and Physical Degeneration (6th Edition, page 260).

“For the Indians living inside the Rocky Mountain Range in the far North of Canada, the successful nutrition for nine months of the year was largely limited to wild game, chiefly moose and caribou. During the summer months the Indians were able to use growing plants. During the winter some use was made of bark and buds of trees. I found the Indians putting great emphasis upon the eating of the organs of the animals, including the wall of parts of the digestive tract. Much of the muscle meat of the animals was fed to the dogs.

It is important that skeletons are rarely found where large game animals have been slaughtered by the Indians of the North. The skeletal remains are found as piles of finely broken bone chips or splinters that have been cracked up to obtain as much as possible of the marrow and nutritive qualities of the bones. These Indians obtain their fat-soluble vitamins and also most of their minerals from the organs of the animals. An important part of the nutrition of the children consisted in various preparations of bone marrow, both as a substitute for milk and as a special dietary ration”

As a result, when he devised a nutritional meal plan for an orphanage, bone marrow was a key feature of the diet. It was in there to support the growth, development and health of the children.

From a modern nutrition understanding, bone marrow is 97% fat. Conjugated linoleic acid (CLA) – a highly valuable anti-inflammatory omega-9 fatty acid predominates. It contains iron, phosphorus, collagen and vitamin A.  From what we know of bone physiology, it is likely a high source of vitamin K too. More research needs to be done to confirm this.

Bone marrow is a source of alkylglycerols (AKG) – a type of lipid that has immune regulating properties.  AKG is most commonly researched in regards to it’s content in shark liver oil. Shark liver oil is used in Scandanavian folk medicine for cancer and infections.  A number of studies show immune-enhancing and anti-cancer properties as a result of immune and blood cell regulatory properties of AKG. *

Documented immune effects of AKG (in the form of shark liver oil, which also contains other nutrients such as squalene)*:

It seems like there’s no better time than now to include this food in your diet on a regular basis.   There’s so many ways to enjoy the delicious creaminess of bone marrow – bone broth, a beautiful osso bucco recipe, a marrow custard / butter, or my favourite, simply roasting split bones in the oven.

Preheat over to 180 degree Celsius.

Pop in the oven for 15 minutes.

Remove from oven – it’s done!  Super simple.  I love just scooping out the softened marrow with a spoon. You can also try it as a spread on a toasted slice of my grain free bread recipe.

If you’re cooking this for you bub (from 6 months of age on):