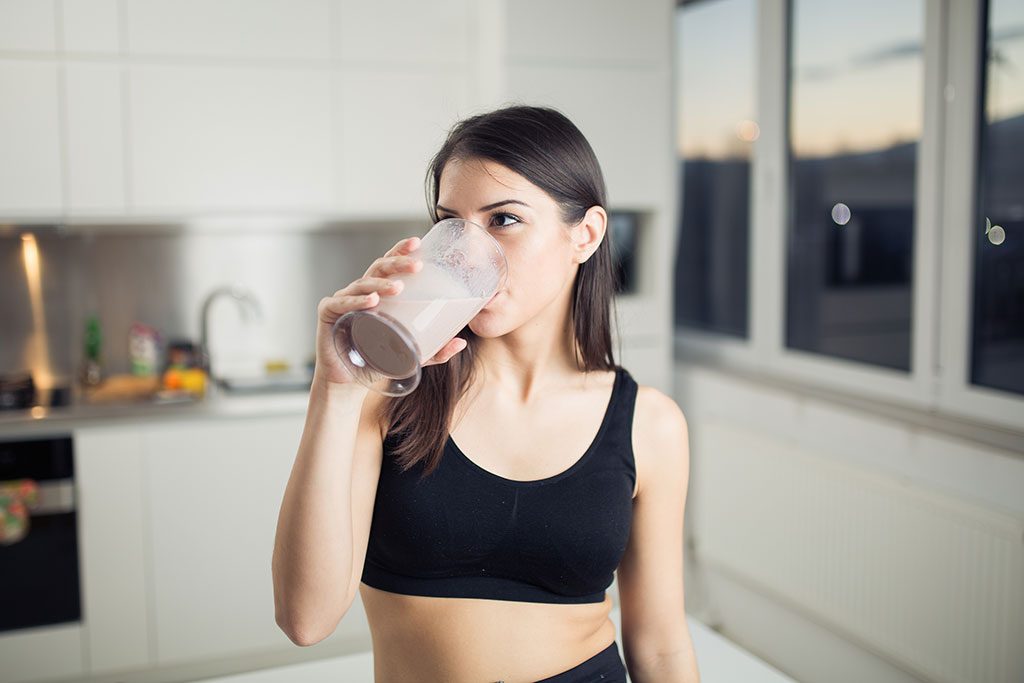 Have you ­­heard people chirping about the cricket protein in health and nutrition circles lately (like the pun?!)? Whether you’re screwing your face up or intrigued by the idea, you’ve likely got a lot of questions about this “new” food.  Questions like “is it good for me?”, and more to the point “why would anyone eat insects?”.

Before I explain the pros and cons of cricket protein I’d like to point out one important point: Cricket protein and insect protein is the future. It’s just a matter of time. It’s basically our most sustainable source of dietary protein!

Our grandchildren will look back and wonder why we, in this brief period in history, fussed over consuming one of the most plentiful supplies of protein on the planet (our ancestors took part in insect cuisine!). But “new” things can take time to become part of the culture (again). While younger generations now find it amusing to learn how once upon a time we had to enter a building and actually dial a phone to make a phone call, perhaps future inhabitants of the earth will laugh at us for our squeamishness to eat insects.

Before we get ahead of ourselves let’s define a cricket.

What is a Cricket and why would anyone want to eat one?

A cricket is like a short-legged grasshopper and related to the locust of biblical fame.  Male crickets make a chirping sound (called stridulating) at night or on hot days which you might be familiar with. There are almost 1000 species of crickets and some are even kept as pets. Some cultures eat crickets as snacks and staples.

So now we know what it is, why would we eat one? The main reason is protein.  And chitin.

Since you’re interested in nutrition, you might know the term “complete protein”. Complete proteins are those that contain the nine essential amino acids. We call these amino acids ‘essential” because our bodies cannot create them. We must consume foods containing these nine to be healthy. In our diets today, the only true sources of complete proteins are animal meats. Vegetables, beans, and nuts eaten alone just don’t cut it. They lack the essential amino-acid profiles that our bodies use as building blocks to repair, build, and grow cells.

Animal meats, by contrast, are more nutritious from the point of view of their amino acid content. Protein from a cow, for example, is a complete protein.

Most of the world’s population eats animal proteins. In developed westernized countries, consumers are so far removed from the farming and production process that they often don’t have any idea about food preparation.  Much of the time, meat come pre-packed with no distinguishing features that express it was a living animal.  Many cultures (particularly ones retaining traditional nutritional values) relish the parts we in the West tend to waste (liver, kidneys, brain, tongue, head, kidneys, etc. – which are in fact the most nutrient dense parts) as we opt for the more aesthetically pleasing cuts of meat. We tend to be very wasteful in the West.  It’s my belief that we want to source animals that have lived well and have been treated well, consuming their natural diet, and then it is our duty to not waste any of the animal, for it’s life has been sacrificed for us. With crickets, the ‘meat’ part can’t be separated. That’s an impossible job. The entire bug is processed into flour or powder. Just like sardines, (another fantastic and sustainable source of nutrition), we eat it all.

Crickets are roasted and ground into flour that’s immediately available to use in products. So not a whole lot of processing is needed in the production of insect flour. The other great news is that the nutrient values are high and remain high thanks to the fast processing times and minimal waste. I’m sure nobody could tell the difference between whey or pea protein-based bars and cricket protein bars. And cricket-based bars rely less on sugars for sweetness. Fruits and other natural ingredients add sweetness and flavour in most cases. Regular protein bars have entered the mainstream and many are indistinguishable from junk food apart from the higher protein content.

Oh, and cricket flour is gluten-free, grain free and dairy free so feel free to add it to whatever dish you like.

Crickets are a great source of complete proteins and production process ensures nothing is wasted.  We consume insects in their entirety, including their exoskeleton (rich in minerals and other micronutrients) when they’re used in food products.

Crickets and Your Gut Bugs

Chitin is a polysaccharide found in the exoskeleton of crickets (and prawns).  It is not digested or absorbed in the small intestine and it can be fermented by the microbial community in your large bowel to produce important short chain fatty acids.  This function makes it a valuable fibre AKA prebiotic.  It is also reported to have anti-viral, anti-tumour and anti-fungal activities as well as being bacteriostatic (stops the reproduction of bacteria) on some gram negative bacteria.  This may make it potentially useful in cases of SIBO or LIBO (small or large intestinal bacterial overgrowth).

Interestingly, it’s been revealed that hens on an insect-based diet (i.e. what they’re meant to be eating when out in pasture, rather than the feed they’re given in cramped free range conditions or hen houses) may result in the poultry industry having a reduced need for antibiotics.  It has been pointed out that this is of major significance when it comes to controlling antimicrobial resistance and it’s adverse effects on human health.

Now whether you consider crickets to be animals, sentient beings, or pests is another discussion. That’s something you’ll have to make your own mind up about. The fact is that being a low impact high yield, sustainable food, insects could be the main source of nutrition for many people in the future, particularly as the world’s population increases.

Introducing Cricket Protein into your diet.

Try some cricket protein smoothies, or use the powder in grain free, dairy free cupcakes or desserts when entertaining friends. I’d recommend attempting this with your more open-minded friends. And maybe wait until the dessert has been enjoyed and complimented before dropping the news!

There are few downsides and many upsides. Once we can get over the negative connotations of eating insects, the benefits to humans and our world are mind-blowing.   Check out Grilo Protein for the cricket protein I have in my pantry at home.

A word on allergies

Take care if you have an allergy to shellfish, as these little chirpers are actually related!  Both shellfish and crickets are arthropods (having exoskeletons and segmented bodies).  So think twice if you react to cricket’s ocean dwelling relatives.