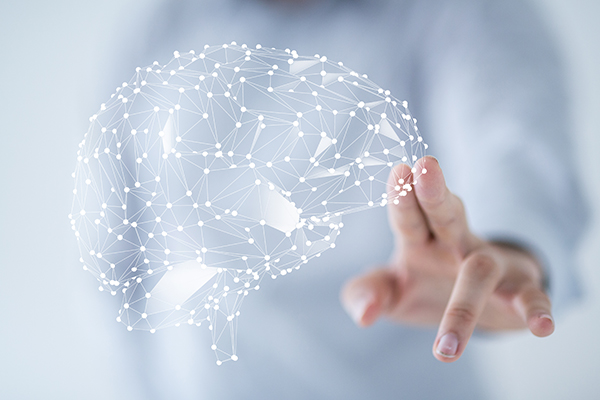 What is the Blood Brain Barrier?!

Just like the gut has a semi-permeable membrane that regulates what gets absorbed from the gut and into the blood stream (the gut barrier), the brain also has a semi permeable barrier called the blood bran barrier (BBB).  Because our brain is such a complicated and sensitive bio-electrical system, the BBB – made primarily from endothelial cells – regulates what is and isn’t allowed into the blood flow of the brain.

Its role is to create a safe haven for the brain, protecting it from things like bacterial components and damaging chemicals.  It also has a role in regulating communication between the gut and the central nervous system (which comprises the brain and spinal chord).  So intricate is this filtering system that no brain cell is more than 40-50 microns distance from a brain endothelial cell.

The significance of increased permeability is that molecules that normally wouldn’t be able to enter the brain manage to gain access, and an inflammatory response is triggered as a result.  A leaky brain is more susceptible to substances like heavy metals, pathogen likes bacteria and viruses, environmental toxins other damaging chemicals.

The fascinating thing is that many of the mechanisms that regulate permeability (or leakiness) of the gut barrier also directly affect the blood brain barrier permeability.

Zonulin, the enzyme released when gluten is consumed, and toxins  produced from intestinal bacterial overgrowth (called lipopolysacchires or LPS for short) are two significant factors that that increase gut barrier and blood brain barrier leakiness.

LPS is a very interesting area of research because we now understand that LPS increases the transport of insulin into the brain, which can result in insulin resistance systemically.  This then affects our metabolism, blood sugar regulation and systemic inflammation.  LPS also results in the release of inflammatory molecules called pro-inflammatory cytokines (there are anti-inflammatory cytokines too, but LPS does not result in the release of these).  Pro-inflammatory cytokines are linked to many neurological and mental health conditions, so much so that depression and anxiety are often being treated with anti-inflammatory medications or interventions rather than the old school anti-depressants and anxiolytics.  We must think beyond just reducing the inflammation though, and also look at healing the gut and restoring healthy gut flora so that we’re not continuously adding to the inflammation

Symptoms of a leaky, inflamed brain are quite broad and can range from mildly annoying to severe.  Brain fog for example, is commonly an early sign of increased BBB permeability.  Other symptoms and conditions related to increased blood brain barrier permeability and resulting inflammation include depression, anxiety, fatigue, ADHD, bi-polar disorder, autoimmune conditions affecting the central nervous system such as multiple sclerosis and Parkinson’s disease and dementia conditions such as Alzheimer’s disease.

BBB hyper-permeability can become a vicious cycle, as resultant inflammation in the brain means messages from the brain to the gastrointestinal tract are not so effective, which can then result in suboptimal digestion, dysbiosis (bacterial imbalance in the intestines) and leaky gut, which then can exacerbate the leaky brain!

So to heal a leaky brain, one must first take measures to reduce inflammation and to heal the gut.

The word inflammation means on fire and there’s a common saying in functional medicine that states “fire in the gut equals fire in the brain”.  This statement could rightfully be reversed as well to fire in the brain equals fire in the gut.  As you’ve just read, it’s a two way street.  This is why food choices are so important.  To heal an inflamed leaky brain and gut, it is important to eliminate the most common food stuffs that trigger and inflammatory response, with a focus on including lots of anti-oxidant and anti-inflammatory plants foods and gut healing broth’s and fermented foods.

To understand what else we can do to support the healing of a leaky blood brain barrier, let’s look at some of the contributing factors of a leaky brain:

How to reduce neural inflammation and support healthy BBB:

So whether it’s simply to improve your concentration, or whether you experience depression or anxiety, or whether you are trying to address or prevent Alzheimer’s disease or multiple sclerosis you now know the link between the gut and the brain and the importance to address both for any of these conditions.  Likewise, for any gut problems, it’s also essential to address the brain to make sure the two way street of communication between the two systems is in tip top condition.  Of course as with any conditions, it’s recommended you work with a health care practitioner who is knowledgeable about the topics discussed here.  Together you’ll go on a journey to discover new levels of wellbeing and vitality.